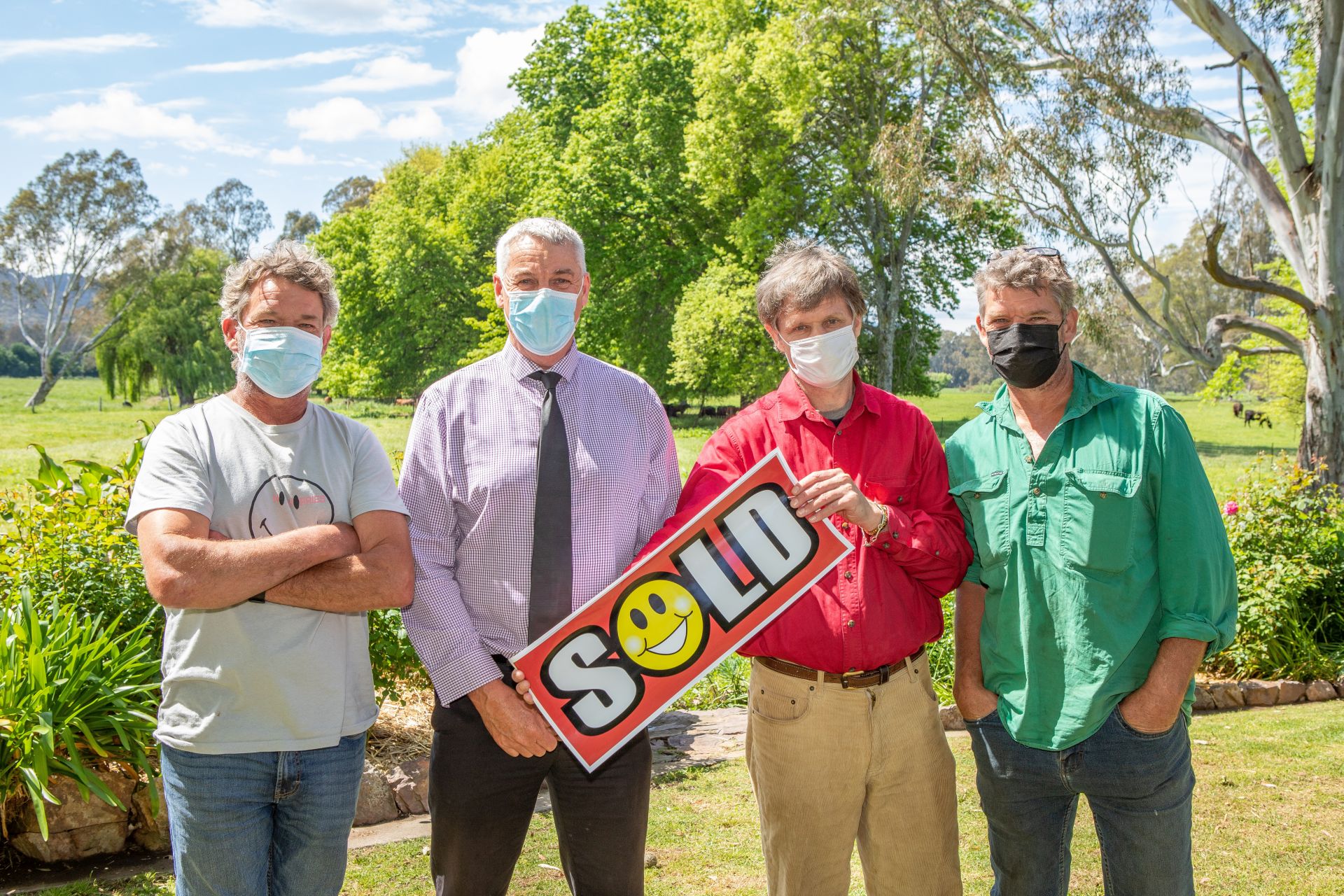 A KING Valley property has set a new regional high in the ongoing rural land boom when sold for $5.6 million at auction on Saturday.

The 125-hectare property between Moyhu and Whitfield went for a staggering $44,800 per hectare, eclipsing the recent $42,666 per hectare sale achieved for a farm in the Upper Murray.

Selling agents Morris Bros from Wangaratta were blown away by the final result achieved for the Brockhoff family, who had owned the property with 1.3 kilometres of King River frontage for more than 30 years.

Carinya was snapped up by a Wodonga buyer, who trumped 21 other registered bidders including eight onsite for the auction following the relaxation of COVID-19 restrictions in the lead-up.

“It is one of the most special properties in the King Valley and has well and truly lived up to its reputation” agent Brett Goodwin said.

“(The selling price) was at the top end of our expectations. Nothing has sold anywhere for a greater figure anywhere (on a per hectare basis). What we had here is quality soils, quality rainfall, magnificent shade trees and things of that nature”

Bidding kicked off at $4.5 million and steadily rose in $50,000 increments with other property features including two houses.

On the residential front, Wodonga agency, Bonnici & Associates has three properties selling before auctions on Saturday and another selling for $535,000 after being passed in at auction.

The McCulloch Crescent address in Federation Park Estate was passed in for $520,000 before selling soon after for $15,000 more.

“The market is very strong, but the vendors are also being realistic” director Will Bonnici said.

“Because there is such a pent-up demand we’ve got buyers who have missed out on several properties. There is also a shortage of stock”

Meanwhile, in Albury agents Stean Nicholls were successful in selling a two-bedroom townhouse in Pemberton Street at auction for $344,000. Also sold under the hammer was a three bedroom in East Street for $520,000 following competitive bidding  from interested parties.

A large Kiewa Street home near Commercial Golf Club was passed in.